It was in 2010 that Unesco decided to mark June 6 each year as the Russian Language Day. It was initiated to celebrate multilingualism and cultural diversity as well as to promote equal use of all six of UN’s official working languages: Arabic, Chinese, English, French, Russian and Spanish.

There are expatriates from Russian speaking countries living in Doha in good numbers and other people have also been taking interest in learning the language.
Gulf Times spoke to Vera Pavlova, Cultural Attache of the Russian embassy in Doha, as the world marks the day on Sunday.

Sharing the historic perspective of the Russian language, Pavlova said that it is part of the East-Slavic group (along with Belorussian and Ukrainian) which in turn is part of the Indo-European family of languages. “Until the 13th-14th centuries, Eastern Slavs spoke Old East Slavic, from which the three separate languages developed over a long period of time.”

She further said: “Though Russia is a vast country, there are only three groups of Russian dialects – northern, southern, and central – linguistically distinguished. The central dialect is heavily influenced by the other two. However, there is no big difference between them, comparing for example with Arabic. The literary norm is the central Russian or the ‘Moscow’ dialect. Russian alphabet (Azbuka) is based on the Cyrillic script and has 33 letters.”
Highlighting the significance of the language at international level, Pavlova said: “Russian is the language of our worldwide famous literature, science and international communication. It also unites all the people of our big multinational and multilinguistic country.”

When asked about the significance of the Russian Language Day, the cultural attache said: “The day was established by the United Nations Educational, Scientific, and Cultural Organisation (Unesco) in 2010. The UN now annually holds this celebration within the scope of the programme of support and development of multilingualism and cultural variety.”

She added: “June 6 is a significant date for the Russian people. On June 6, 1799, great Russian poet and writer Alexander Pushkin was born. Pushkin is known as the father of the modern Russian literature and literary language.”
Russian is the seventh most natively spoken language in the world. It covers the greatest geographical reach out of all the languages in Eurasia. Not only
170mn Russian natives speak this language, there are also another 130mn people from former republics of the Soviet Union that also speak Russian. It is widely spoken as a lingua franca in many countries of the world. Russian is the second most popular language on the Internet. The ‘RuNet’ –- the Russian-speaking community on the Internet – numbers over 100mn people.

“Russian is the language of space. Since the launch of the International Space Station (ISS) more than 20 years ago, knowledge of Russian has been essential for every astronaut, cosmonaut or space tourist. All the crews are now delivered to the station by a Russian ship. Since the end of the Space Shuttle programme, Soyuz is the only spacecraft used to carry astronauts to orbit where half of the components and systems aboard are in Russian.”
When asked if the language is growing internationally and more people are learning Russian, the embassy official said: “We notice growing and consistent interest to the Russian language worldwide and increasing number of people seeking to study it. We are glad to see this dynamics here in Qatar as well. More and more foreign students come to study in Russia and learn the language as well. Today, more than 18,000 students from Arabic countries study Russian at the universities of our country.”

About the presence of the language in Qatar, she said: “Approximately 2,000 Russians and about 7,000 Russian-speaking people are in Qatar. Our compatriots have their own council in Doha and they founded the Russian school ‘Rosinka’ that offers Russian language courses and has a speaking club.

“There are Russian language programmes and courses offered in leading universities in Doha including Qatar University and HBKU. Also currently we are working on the opening of a Russian cultural centre in Doha that will be able to provide opportunities to study Russian and learn more about our multicultural and multi-confessional country.” 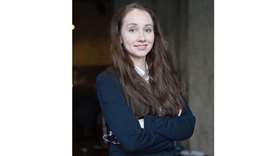 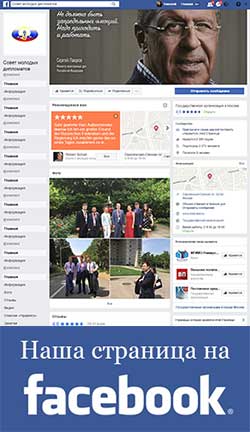